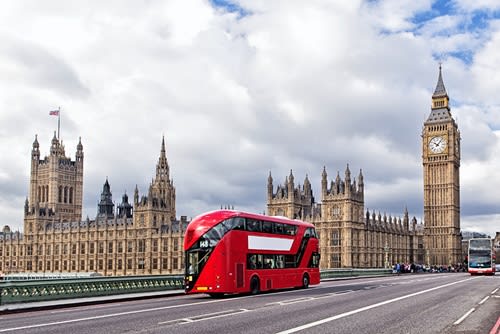 The two great political events of the year, possibly of a generation, have been followed by a raft of soul searching. That much is obvious.

But - Farage and the Brexiteers didn't invent populist rhetoric, and despite the widespread disbelief of his historic win outside of the United States, neither did Trump.

The two great political events of the year, possibly of a generation, have been followed by a raft of soul searching. That much is obvious.

But - Farage and the Brexiteers didn't invent populist rhetoric, and despite the widespread disbelief of his historic win outside of the United States, neither did Trump. I feel hard pressed to find a more effective use of heart-not-head communication to overcome what appears a perverse outcome to many, especially the 'educated' losers of both votes.

It seems to me that these results highlight a key manifestation of the mistrust in establishment politicians. Weight of opinion has come to matter at least as much, and sometimes more, than the weight of evidence. Was it ever thus? I don’t think so.

The growth in social media has become the catalysing force, democratising information flows of both true and false news. As a ‘content creator’ – so, so much more than a mere researcher these days - I appear to be losing value. Rapidly.

The discredited experts in a post-truth world seem to only see this as a negative turn of events. Most of us do our best to get under the skin of an issue and to form credible, well-rounded views. Occasionally, we might even push out a few insights. But in our blink-and-you-missed-it approach to news feeds, rational debate is sometimes buried under the headline and frankly, attention spans have moved on by then.

But things change, and effective communication becomes more important than ever and more nuanced than ever, even for us peddlers of facts. How does all this fit in our brave new world?

This just in. Our winter Autumn Statement will now happen in the spring. It is said that the Autumn Statement needed rebranding for a more uplifting season. {Disclaimer: that last bit was false news, but at least summer has been left well out of it, for now.}

Disruption is de-rigeur. It seems that the process of innovation relies on a healthy dose of the stuff in order to start its day – a bit like fibre.

Theresa May clearly has been consuming this idea by the bowlful, and the £23 billion Autumn Statement commitment to a new National Productivity Investment Fund is a pretty big bet on disruption. It will fuel a structural shift in UK plc as we innovate our way over the horizon line into a post-Brexit world.

To be clear, there is a healthy dose of straightforward affordable housing investment alongside new roads and support for the Oxbridge rail link. But even this investment isn’t business as usual, with housing investment designed to support burgeoning off-site construction, alongside ‘digital’ rail enhancements and 5G connectivity. The Oxbridge bit, one would hope, speaks for itself.

The key takeaway, one that I find enormously encouraging, is that in the Chancellor’s first and last Autumn Statement we have a Government that is investing in tomorrow, rather than today. There IS life after Brexit. Refreshingly, this is a plan for future competitiveness, rather than a competition for populist votes.

I had the pleasure of watching the PM trail these messages at the CBI Conference only days prior. One of the more remarkable parts of that performance, in contrast with her predecessor on that stage in previous years, was the deliberate no-nonsense communication style. I couldn't help but feel drawn by this battle cry and contrast with a much stronger charm offensive from David Cameron. It seems that PM May has chosen her style; a steely, forward-looking competence that will be projected time and again across the channel over the next few years.

I was disrupted myself at a recent conference, where I was due to present after one of the ubiquitous innovators of the moment. Nothing unusual about that, nor was it that this millionaire was charming, much younger and dressed in standard innovator-issue jeans and casual jumper.

He was damn good at his craft, holding his audience of 150 in captivated silence for 30 minutes. As it turned out me included, to the extent that it took me a few moments too long to realise I was up next! Following on in my standard issue navy suit and tie with graph-filled Powerpoint, I felt distinctly like yesterday's man.

Here’s hoping the woman of the moment doesn’t get caught out in quite the same way. Early indicators suggest the PM is planning to be more disruptor, than disruptee.