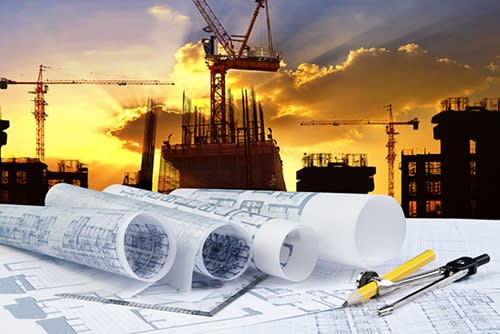 The Government has this week unveiled three key measures to boost housebuilding, all of which place a welcome focus on increasing supply, rather than propping up demand.
By Nick Whitten, Asssociate Director, JLL Residential Research

The Government has this week unveiled three key measures to boost housebuilding, all of which place a welcome focus on increasing supply, rather than propping up demand.

The first of the Government’s measures is the £3bn Home Building Fund designed to once again allow small builders to play their part in boosting housing supply. The Government is targeting 25,000 homes by 2020 and up to 225,000 homes in the longer term from this fund by providing financial support to small and medium sized companies – defined as those building fewer than 500 homes per annum.

Prior to the global financial crisis, small builders were an important contributor to supply, delivering circa 50,000 homes per annum. However, this dropped to around 20,000 per annum after the recession as banking finance became more difficult to source.

Innovation needed
Secondly, the Government has announced a £2bn loan fund to accelerate development on public owned land. The key to the success of this initiative will be innovation. The Government wants to partner with private developers to deliver 15,000 homes by 2020 on surplus public sector land. It has said it will encourage developers to consider efficient techniques such as off-site building. The Government may want to consider whether it invests directly itself in off-site manufacturing. Just over 100 years ago Henry Ford pioneered the use of the production line which revolutionised the car industry. It is well documented the efficiencies that can be found from building off-site - manufacturing workers are estimated to be between 1.5 to 2 times more productive than construction workers.

Brownfield housing
Finally, the Government has announced it will encourage urban regeneration through a planning presumption in favour of housing on brownfield land. There is a lack of available development land in the UK in locations where new housing is needed most. Over the past two decades there has been a trend towards urbanisation which has seen rapid population growth in many of the UK’s towns and city centres. This has been driven by people choosing to live close to employment hubs and cultural and entertainment quarters. However, a lack of available housing has stifled those ambitions for some and driven up the cost of housing for others. A new presumption in favour of housing on urban brownfield land has the potential to be the most significant contributor to housing supply of all the new measures unveiled today – enabling housing development where people need and want it most.

Must deliver pledges
The UK is in the midst of a housing crisis fuelled by an acute imbalance between supply and demand. Successive Governments have set national housebuilding targets – the current target stands at 1 million new homes in England by 2020, equivalent to 200,000 homes per annum. However, we have consistently failed to deliver that amount. The last time we built in excess of 200,000 homes in England was in the late 1970s when local authorities were a significant contributor to supply.

It is absolutely right for Government to focus its policies on tackling the housing shortage ahead of supporting demand as has been the case in recent years and it must now ensure it can deliver on its big pledges.