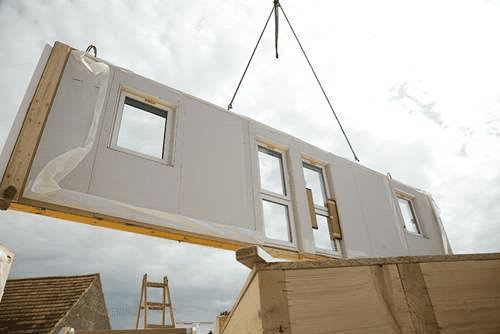 The next big thing for UK housing delivery is - for many - neither new, nor innovative. Yet modular is likely to drive the biggest change in the way houses get built in the UK for over a century.
By Adam Challis, UK and EMEA Head of Residential Research, JLL

The next big thing for UK housing delivery is - for many - neither new, nor innovative. Yet modular is likely to drive the biggest change in the way houses get built in the UK for over a century. In 2017, theory (in the UK) will finally hit reality.

But what will be the harbingers of this change? The L&G factory in Leeds is clearly a big step in the right direction, but will developers and housebuilders get on the modular bandwagon to make the factory profitable? There have been announcements from some, with Berkeley adding its name to the list of existing developers using modular, including Essential Living, Urban Splash and Pocket Living.

The industry is finally getting serious about the need to ‘Modernise or Die’ as the Farmer Review so directly puts it. With a shrinking and destabilised workforce, the need to go off-site will become ever more critical. Aligned with this shift, and perhaps just as important, is the need for greater adoption of Building Information Modelling (or BIM). A standard requirement for public sector construction, BIM has not been widely adopted in the private sector, other than in 3-D modelling at design stage. However, BIM can produce a level of cost certainty that just is not possible with traditional build methods as well as even more significant savings through more accurate, standardised procurement and post-completion feedback loops.

Perhaps most importantly, there is strong Government support and alignment with the needs of the industry. This is clearly in evidence by the enabling role taken to support the £2.6 billion investment by WeLink/ CNBM with Yorkshire-based Your Housing Group. This December announcement demonstrates that modular, and closely associated BIM, are much more than just a fad and are set to drive a lasting paradigm shift.