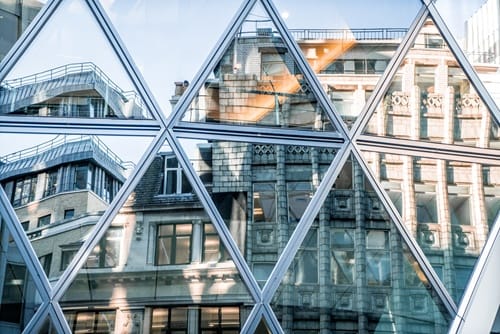 Party Conference Season: What the Conservatives have promised to boost housing supply and increase home-ownership

Responding to the housing problem carries a new political imperative for Conservatives.   It is hard to dispute the reception of Momentum by young people, but argument over the economic sense of Labour’s housing announcements can be a moot point for those who have no capital, and therefore no stake in capitalism.  Part of Labour’s appeal is simply the offer of change.

Responding to the housing problem carries a new political imperative for Conservatives.   It is hard to dispute the reception of Momentum by young people, but argument over the economic sense of Labour’s housing announcements can be a moot point for those who have no capital, and therefore no stake in capitalism.  Part of Labour’s appeal is simply the offer of change.

The Conservative response on this ongoing issue got off to a shaky start at the Party Conference in Manchester.  Within a matter of hours, Theresa May’s opening announcement of an additional £10bn for Help to Buy was dismissed, with remarkable consensus, as "economic illiteracy" by the housing fringe.  It was a demand side response to a chronic housing supply problem, which went down badly with everyone except the housebuilders, who enjoyed an immediate £1bn boost to their market value.  The follow up commitment to £2bn for social housing, which is expected to deliver 5,000 more council homes a year, was swiftly criticised as inadequate, but represents a welcome start.

Once the debates got underway, plenty of consensus did emerge.  The industry made a clear call for policy decisions that offer certainty and continuity and Alok Sharma MP, the new Housing and Planning Minister, pledged his commitment to delivering the content of the White Paper and diversifying the delivery of new homes.

There was strong acknowledgement that public private partnerships are part of the solution. The challenge of housing delivery is recognised as bigger and more urgent than the capabilities of either the state or the private sector alone.  The Minister made it clear he wanted to see the development of more public sector land, the private sector to deliver more high-quality homes to market and both to benefit from the collaboration.

The Minister indicated his support for the diversification of housing tenures and encouragement of institutional investment into the provision of high quality PRS units.  The Minister also reiterated the Government’s support for SME developers and their importance in solving the housing crisis.   There has been an 80% decline in the number of small house builders over the past 25 years; a trend accelerated by the financial crisis in 2008.  Growth in the number of SME's will diversify the delivery of new homes across the Country and this will also help with another issue – upskilling a new generation of construction workers.

Thanks to Brexit, the skills shortage has been dubbed a 'burning platform' as, for example, circa 8% of UK construction workers and 40% of London architects are European nationals.  The issue is so significant, that technology is seen as an essential part of the solution.  The Farmer Review was called ‘Modernise or Die’ for good reason and the benefits of digitalisation, robotics and modern methods of construction (such as modular construction) received notable mention at the Conference.  Effective training will be crucial to producing a new generation of digitally aware multi-skilled workers.

This strategy of diversification is logical and welcome, but it still feels like tinkering around the edges.  Some other ideas to support housing delivery and greater home-ownership from the fringe include:

• A Secretary of State for Housing.  Given the average term of a Housing Minister of late is just 10 months, delegates suggested a cabinet member for Housing to give continuity and commitment to addressing the problem.

• Cross-party buy-in to housing strategies.  As Adam Challis, Head of Residential Research at JLL, succinctly observed at a fringe event - political cycles are generally shorter than property cycles.  There is a material political risk to developers due to changing leadership and policy.

• Development of some green belt sites.  The liberal conservative think tank Bright Blue has been arguing for strategic and sustainable release of some greenbelt sites in Local Authorities where there is proven housing need.  Not all greenbelt is ‘green’ and there are sensible arguments for the release of land on the edge of existing settlements to help young families stay in their neighbourhood and contribute to their local communities.

• A cut or significant reduction of SDLT for first time buyers.  Advocated by Bright Blue, this would help first-time buyers across the country onto the housing ladder without suffering some of the market distortions created by Help to Buy.

• A call for young people to support the housing development they want and need.  Planning committees are dominated by older constituents defending their interests.  Young people should vote with their feet and turn up in support, or better still get more involved in their local politics.  It might secure them that stake in capitalism after all.
Alexandra Jezeph is a town planner and chartered surveyor working in the Capital Markets team at JLL and a Non-Executive Director at the liberal conservative think tank Bright Blue.

Providing homebuilders with the tools for sustainability

Future-proofing UK homes in response to the climate emergency