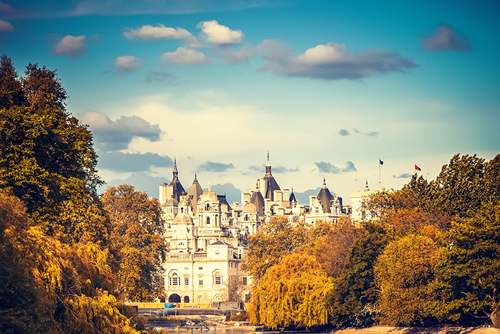 Transactions have been driven down to record lows and despite the legion of estate agents looking to put a brave spin on things, the truth is the market has been pretty dire for most of 2016.

There are well-rehearsed arguments around Stamp Duty changes to high-value property and investor purchases, which have been disproportionately negative for Prime markets and in particular the new build space. Everyone would like to know what the market impacts of Brexit have been. In truth, it was the housing market equivalent of kicking a man while he's down.

Yet, it should not be overlooked that - despite calls of huge oversupply in Central London - only 110 units were completed in the 'golden postcodes' last year. Further, only a modestly higher number were sold off-plan. I can probably find a dozen articles in the past week alone touting similar figures to highlight the dire straits in which the market finds itself. I see something different.

A lack of completions, and more importantly a lack of new-build sales, means a lack of secondary product to drag on prices when demand improves. Lower off-plan sales volumes also means a lack of development funding to underwrite the next wave of delivery. In other words, no sales today means no delivery tomorrow.

Meantime, repricing - my favourite agency term for falling prices - has carried on a pace. Admittedly many developers have been able to remain stubborn in an era of cheap debt. Certainly our headline price indices don't reflect the fullest extent of incentives and inducements that are being used to prop up weak sales momentum. But if we say for arguments' sake and easy math that prices have fallen by 10% for trophy properties, then that provides some measure of the market adjustment that has already taken place.

Except, that isn't quite the full story. A weak pound sterling has meant that buyers in this most international of markets are seeing even bigger price reductions of closer to 25% over the past 18 months for dollar-pegged currencies. Remember the last time we had Prime price corrections of that scale? It was in 2008/09.

Now, remember what happened from mid-2009? So began the most extraordinary rise in Prime capital values ever, peaking at an annualised growth rate of 24% in Q1 2010. The 'V-shaped' market recovery that nobody saw coming.

But don't get too excited. I'm not about to become the lone voice of optimism amongst the columns and columns of negative opinion. However, I will stick my neck out and say while there is still further to go, post-Ramadan and summer hiatus, the Prime price floor will be found. What happens from there will be dictated by a whole range of domestic and international market and geopolitical factors. The demand is there and at a certain point this confluence of factors will align to drive interest.

There are plenty of schemes covered in plastic that will be uncovered at the right price to soak up this early pool of buyers. That overhang of supply I noted is not wrong, it’s just not in the form of committed projects - for now.

I am not about to recast our price forecasts just yet. However, the lack of quality product currently available may well drive enough support under-pricing to see Central London sales volumes tick back up. Add to this the job creation, the S106 contributions - including swathes of new affordable housing - and we have something that deserves a wider airing beyond tabloid press.

I for one look forward to some positive Central London residential commentary in the near future. Like it or not, the rest of London needs it.