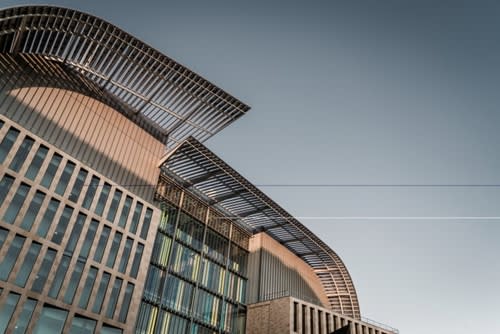 The Problem with LVT (and Why I support it Anyway)

Buried deep in the Labour Manifesto - on Pg 86 in fact - was the casual mention of a desire to explore a Land Value Tax. Had the Conservatives run a more effective campaign, it might have got a better airing. As it was, well…

Buried deep in the Labour Manifesto - on Pg 86 in fact - was the casual mention of a desire to explore a Land Value Tax. Had the Conservatives run a more effective campaign, it might have got a better airing. As it was, well…

Let me start by saying simply ‘not a fan’. The economics are pretty ropey, the practicalities are pretty hopeless, and there have already been 3 failed attempts to bring about some version of LVT during the 20th century. So, why waste time even talking about it?

For one simple reason. It’s a pretty good idea.

An LVT – narrowly defined – is an annual tax on the value of the property. It can be more complicated but it doesn’t have to be. Just let it sink in that the highest value properties would take the biggest hit. Then consider what that might mean for UK towns and cities.

It will not have escaped some of you that LVT did indeed get noticed during and after the General Election. In fact, it got noticed quite some time ago by classical economists who treated land as a factor of production (alongside capital and labour). Because land is finite, theories developed (notably by Riccardo) about the unearned value – or economic rent – that landlords accrue through no effort of their own.

That word ‘unearned’ is indeed debatable, but let’s assume that land value gains were through the naïve good fortune of land ownership in the right place, in advance of the right time. Someone puts in a road, someone else builds a factory and hey presto, you won the land lottery. Unearned yes; unfair – a matter of perspective.

The problem is neo-classicists – in short, the guys (and it was nearly all guys) that came next – decided land was basically capital and subsumed it within that category. That upset a few people, who feel land’s indivisibility means it really does deserve its own category.

When the classicists split land out, national economies were largely agrarian. But we moved on. We built factories and had a revolution; we then built modern capital formation structures - had another revolution - and out the other side came our services and manufacturing-oriented economy.

The inconvenient truth for those looking to reintroduce this outdated economic concept is that land is now highly divisible (ie density), and the 4th industrial revolution (the digital one) may make it infinitely so.

But this needn’t be about economic theorems – lord knows that economists are hardly on a pedestal at the moment anyway – there is a far more practical take on all of this.

LVT makes no sense to retrofit on the existing urban form. For all the reasons that we use to instil balanced and mixed communities in cities, LVT is a poison pill. Highest bidder taxation means you exacerbate the haves vs have not story in city centres, not the reverse. What happens to the social housing in Kensington & Chelsea, the 3* tourist hotel just off Deansgate, the artist studio in walking distance of Princes Street. How do we drive regeneration in our weakest towns and cities if they are hammered by higher tax rates?

Perhaps more importantly, the city centre land market – for the most part – already de-couples land ownership from occupation. Land value is determined by a multiple of rents, which means that the use of and benefit from public and neighbourly investment is priced into the costs of being there. Even in residential, London is already majority rented (social + private) and going ever further in that direction. LVT just doesn’t make sense.

The Land in the Bathtub
I stated at the outset that I am not a fan of LVT, but I do support this initiative or at least the thinking behind value capture, although appreciate I am doing a great job of making that hard to believe. Let’s realign.

In the housing world, there is no one solution that will solve the problem. However, LVT could be a potential game-changer, or more generally the ability to properly capture the uplift in land value as a result of infrastructure investment for NEW development.

Local authorities, newly aggressive property investors, should engage in land speculation. Of course, with control of planning and infrastructure investment, it isn’t really speculation at all.

Cue the new, new towns, urban extensions, ‘garden’ villages. Whatever you want to call them – whatever they ultimately look like – transitioning from agrarian rents to something more as a result of driving new infrastructure into the site is going to create value. It is simply stupid not to capture that along the way.

We need more development. We need lower land values to get there. Somewhere along the way, with high demand and scarce supply, strategic land investment became damn good business.

It might be time to cut out the middle man.