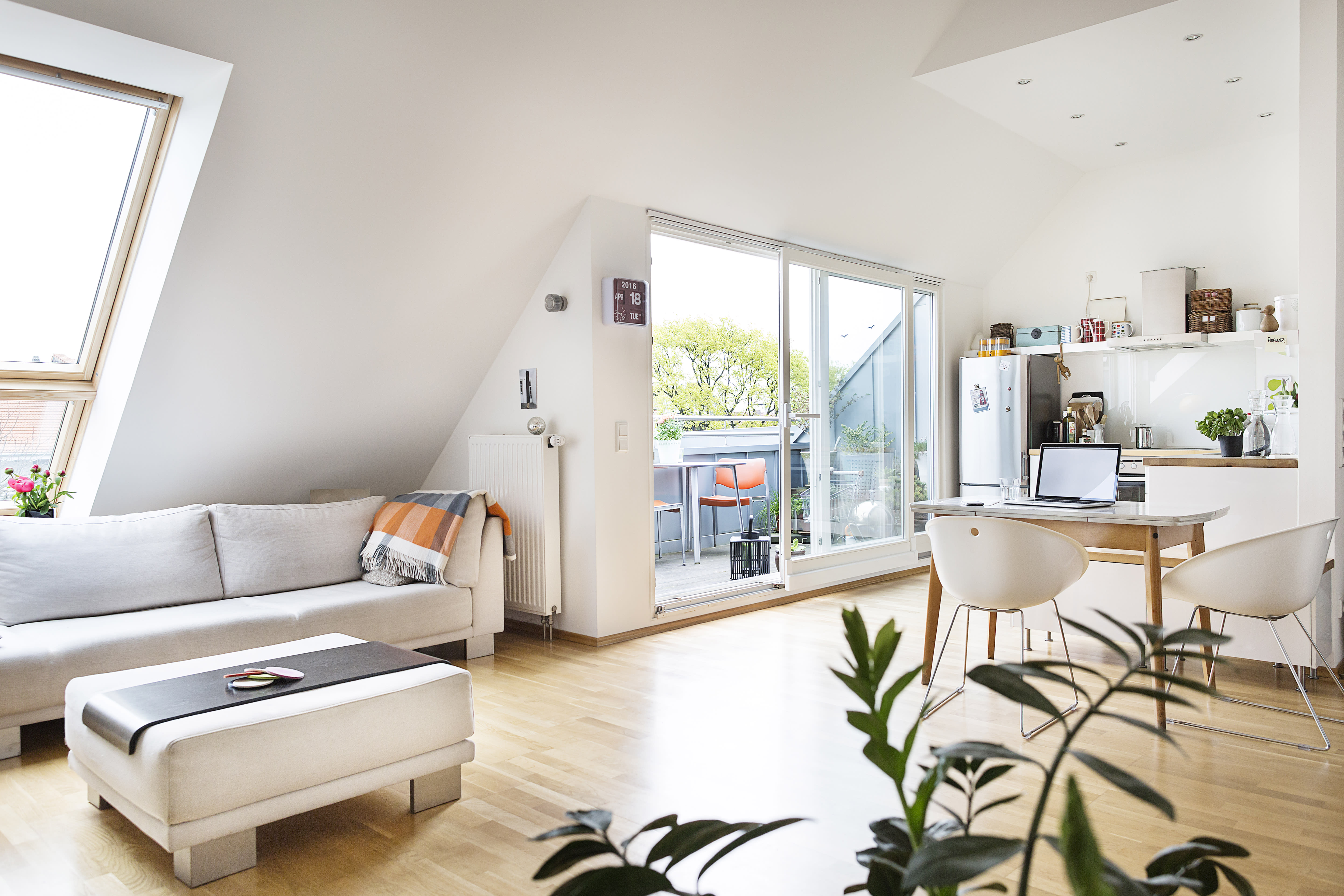 Has Brexit been bad for UK housing?

In the eyes of some market commentators, Brexit has had a dampening effect on the entire UK housing market. But that is far from the truth.

It is easy to become trapped in a London bubble.

The focus of the UK press often puts a disproportional spotlight on the Capital.

In the eyes of some market commentators, Brexit has had a dampening effect on the entire UK housing market. But that is far from the truth.

During a recent tour of the UK to deliver JLL’s regional housing market forecasts we found numerous stories of significant market activity. We visited six UK cities – Edinburgh, Glasgow, Manchester, Leeds, Birmingham and Bristol – where we spoke with hundreds of housing professionals about how the market will perform over the next five years.

The sentiment in all of those cities was really positive. And with good reason. Analysis of the regional housing markets before and after Brexit backs up this regional positivity.

As the chart below shows, housing transactions are actually up in 6 of the 12 UK regions in the 28 months following the EU Referendum compared with the 28 months prior to the vote in June 2016.

Transactions are flat in one other region and are only down in 4 regions – in London, the South East, South West and East. Such is the scale of the markets in those 4 regions that transactions as a whole are down across Great Britain by around 4%.

But it is worth taking a pause to digest these findings. In the context of such political uncertainty as that caused by Brexit, the fact that 7 of the 11 British regions have seen more housing transactional activity is phenomenal. 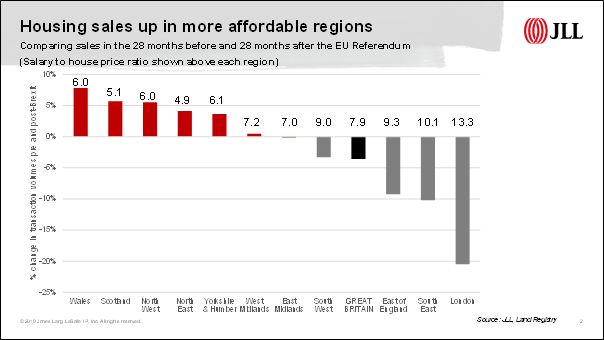 But why is this case? Brexit has served to make elective purchasers and sellers take stock and wait to see how the future relationship between the UK and the EU is resolved. This has led to a reduction in buy to let transactions as well as in lower activity in the higher value markets where buyers and sellers are typically more discretionary in their decision making.

Meanwhile, activity has been stronger in the more affordable regions of the UK. All the regions where the salary to house price ratio is below the Great Britain wide average of 7.9 have seen an increase in transactions.

Furthermore, while house prices have grown in all regions since the EU Referendum, the growth is more notable in the most affordable regions of the Midlands, Wales and the North of England, as the table below shows.

It is these lower value, more affordable markets, that appear to have the most thriving housing markets.

We expect price and rental growth in all of the cities covered in our forecasts to outperform the national average between now and 2023.

And we expect this to continue over the next five years against a Brexit backdrop that seems certain to rumble on well into the 2020s.