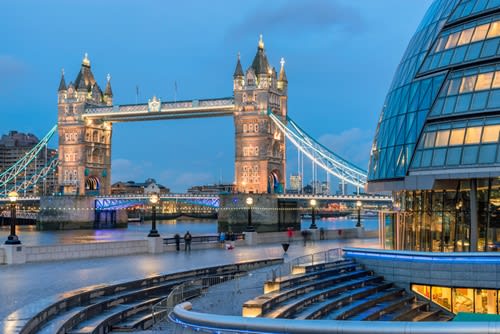 Is London Planning Too Centrally Focused?

Fast-tracking publication of the SPG is partly a reflection of the time it will take for Khan to review and update the London Plan, which is scheduled for completion in 2019 with the first round of formal consultation due in Autumn 2017. But it is also a good indication of the London Mayor’s development priorities. It is within this context that we should consider key stakeholder responses to initial presentations on the emerging London Plan.

An early bone of contention for some is the need for the London Plan to recognise outer London in its own right. It should not, argue these stakeholders, be posited merely as housing dormitories for the economic powerhouse of central London. Rather, strategic policy should acknowledge and encourage its economic strengths. Is this a fair criticism of the current London Plan?

Its spatial strategy stipulates that "[a]ll parts of London will have a contribution to make as part of a complex urban whole" and sees the Central Activities Zone (CAZ), and inner and outer London having complementary, interwoven relationships. In short, London is a sum of its parts.

It is also not entirely true to say there is no specific strategic policy for Outer London already. Boris Johnson made a point of recognising this during his tenure as London Mayor. His intention was realising its potential not only in terms of housing but also in respect of its economic opportunities.

Nevertheless, with London arguably moving ever-outwards, perhaps now is the time to reconsider how outer London is addressed and shaped within the London Plan. There are numerous issues to unpick here.

Whilst planning policy can always benefit from fine-tuning, I would argue that its role is not to be overly prescriptive so as to avoid constraining development unnecessarily. One useful London Plan function, however, is establishing the broad strategy for opening up development potential. This includes things like new public transport links and corridors, encouraging higher density development (even in leafy suburbia), as well as identifying specific areas for more intense development.

Clearly, central London’s economic role is enormous, and I’d contend that affordability issues for living centrally are not new. The role of outer London boroughs for providing housing is certainly a well-established historical trend.

The bigger issue, I would argue, is the under-emphasis on commercial uses. I’m not convinced this a problem unique to outer London- Westminster has introduced policy to try and "fix" the effects of office to residential permitted development rights and its previous local plan policies which the Council felt tipped the balance of residential / commercial floorspace too far in favour of residential.

The areas outside central London do also have a servicing role. Not merely in terms of housing, but also in respect of providing a sufficient amount of employment land to enable central London to function properly. Strategic planning has a role here (and, to date, Khan’s administration has not been forthcoming as to planning’s role in protecting and delivering employment land). But local planning authorities and their local planning policies also have a role here.

My feeling is that recognising outer London in its own right will be a natural outcome of strategic planning policy that acknowledges that successful and sustainable places result from a mix of land uses, and are easily reached. While there is currently a housing crisis, we will soon have another type of crisis if planning becomes all about housing delivery.