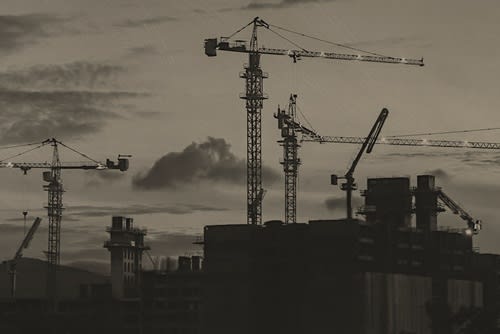 Bright side of the road

Demand for our core product of social or affordable rented housing is rising – the population is growing, both in absolute terms and in terms of household formation; and the proportion of our population able to meet their housing needs in the private market, without subsidy, is shrinking as the cost of housing grows in real terms and as real wage growth fails to keep up.  On average, there are 25 households on the waiting list for every affordable home the sector provides, with over 80 in some London boroughs.

This is despite levels of government financial support in the form of grant over this period which have, at least in government’s eyes, been generous (although we know that the total amount goes less far than it did as costs rise).

At the same time, the total sector surplus has been rising year on year, to well over £3bn.  That is, of course, a good thing.  But we have to be careful how that is viewed by politicians and customers.  The customer base is widening as housing need creeps ever upwards through the layers of income.  On any measure of affordability, average house prices as a multiple of earnings are too high; and therefore housing costs as a proportion of total household income are unsustainably high for many.

The sector is meeting that challenge through diversification, as clearly shown by the rising contribution to the surplus made by sales.  But more private sales and market renting bring a greater risk of a pro-cyclical financial performance in step with the housing market.  Since the 2008 crash, the sector has been fortunate in riding a benign cycle of house prices.  Moreover, at a crude level, there is some correlation between RPs’ asset values and house price inflation, as well as the trend in market rents.  This is particularly true, of course, of values on the basis of MV-T which should have led over this period to greater debt capacity for many (subject to that borrowing being serviceable).

The latest figures from the HCA certainly show that that appetite is there – additional borrowing requirements identified by RPs to the HCA total about £25.8bn over the next five years (net £13.8bn).  Asset values of course have a huge role to play in supporting that increased borrowing.

So those are the signposts; what about the choice of roads ahead?

First, as far as asset values are concerned, the deregulatory measures introduced in April put a good deal of power in RPs’ own hands in terms of freedom around asset management decisions and thus the creation of helpful market evidence.  As has been well publicised during the year, valuers are engaged with RICS and other stakeholders to change the definition of EUV-SH, to bring it back into line with recent legislation.  That could lead to increases in EUV-SH valuations, whether in support of debt or on balance sheets, depending on RPs’ behaviour and the evidence this generates.

I appreciate, however, that funders need to come to terms with those proposed changes and the scale of any resulting increases in valuation. But they should take confidence from the sector’s zero-default track record; the relationship between EUV-SH values and market values with vacant possession; and the unchanging ethos which underpins their borrowers’ management and governance.

But it is not just about asset values.  It is also about RPs’ ability to service that debt and there are certainly some challenges in terms of operational risk on the road ahead.  Chief amongst these are welfare reform and the impact of universal credit on cashflow; the ability to drive efficiencies out of the current wave of mergers; and rent policy beyond 2025.

Moreover, the tragedy of Grenfell Tower in June must be recognised as a watershed moment for RPs, councils and government.  If any good is to come from the dreadful loss of life, it will be in political recognition of the need for investment in buildings to minimise the chance of it ever happening again.  But, for many RPs and councils, the necessary investment will divert cash from other areas of investment.  It is right and proper that the money should be spent, but unless the budget brings unexpected largesse from Mr Hammond (this article was written before last week’s budget), it will mean some hard choices for many RPs.

And, if we can overcome all those challenges, we have still got to build the new homes we need.  The significant challenges of an ageing and shrinking workforce, compounded by Brexit; and building cost inflation running at almost 4% pa, underlines the scale of the task.  The number of planning applications going in, and approvals given, are on the rise but implementing them is not going to be easy.  Embracing the opportunities of modular construction will certainly have its part to play.

Despite all these challenges, government has given us almost all we asked for as a sector in partial deregulation (yet still with the security of strong regulation); CPI plus 1% is coming back; £2 billion of additional support is on offer; and there is some strongly supportive rhetoric, combined with some of the more challenging policies being kicked into the long grass.  As a sector, we must therefore seize the agenda government has set out for us and get on with building.  If we do not show that we can do that quickly, on a sufficient scale, with sufficient ambition, government of any colour is not likely to allow us to dither long at the crossroads.